A downloadable game for Windows

The story revolves around the player waking up inside another person’s body. With the help of a mysterious phone number, the player lives the daily life of a high school boy to remember who they are. Bit by bit, the player finds out that the life they live might not be as normal as it should have been.

This game is not suitable for children or those who are easily disturbed.

Great concept but couldn't make it through, I'm stuck at Takahashi-san in the cubicle

It looks interesting...but it has technical issues...

This is my take on the story for the game.

Theory 1: Just like the game says, you are someone else inhabiting the body of Rento, trying to find out who you (he) is. You feel compelled to do terrible things to good people with no say in the matter. Like dumping water onto Takahashi-San, ruining his shoes and books, or having Suzuki's nudes (unsure if that's what they meant by "pictures"), to make matters worse, she feels pressured to sleep with you, (again, unsure, just using hidden clues.), the guy who talks to you on the phone then tells you to go to the rooftop an he blocks you. It's raining and you go to the edge and end game. (I theorize that's the character committing suicide.) The End!

Theory 2: You aren't another person inhabiting the body of Rento-San, you ARE Rento-San. Why would another person who inhabits a body that while it may not be his own, feel compelled to do terrible things. Even the anonymous person who talks to you on the phone realizes you feel compelled to do terrible things. Why would you? Eventually you both figure out that Rento-San was a bully so it makes sense but if you truly aren't Rento-San, why? Why feel compelled when that's not who you are. I truly think it's more likely you are Rento-San but you've forgotten who you were. (Unsure how that happened, accident, typical anime ("oh" *wakes up and magically forgets everything and becomes different personality because that's entertaining as shit*)) You come to terms with who you were, with all the terrible things you have done and just did to those around you, the anonymous phone guy (I theorize that's your sub-conscious but it very well could be a real person) tells you to go to the roof (again, another reason for why I think it's your sub-conscious). After that, it's raining, you go to the edge, and that's it. The end, no more. You kill yourself because even though you feel compelled to do the things you do, the one good thing you can do is to end it all. End the suffering of everyone you have caused around you, maybe they will find happiness in the places you cannot.

In the end, maybe you did have control after all...

The game's theme is very interesting. The game could have a little more stuff going on, more people in the place, etc. But I understand that it was produced for a Game Jam, so I can say that the way the plot was handled was really good. Congratulations on your game.

Thank you for your kind words! There were a lot of things that were cut off from our project because of the time constraint. Nevertheless, we're happy to see that you enjoyed it!

On behalf of my team, Thank you for playing our game! We're glad you liked it! 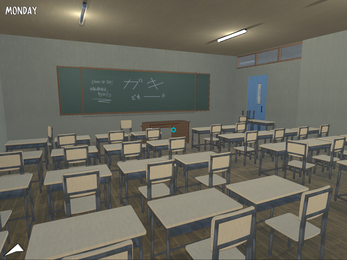 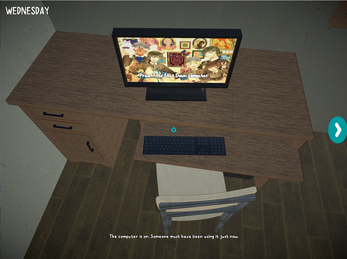 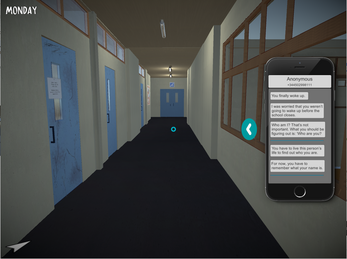 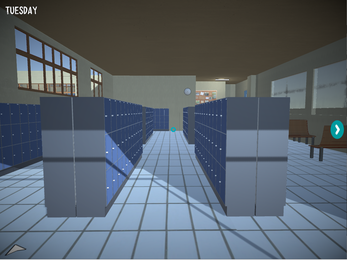 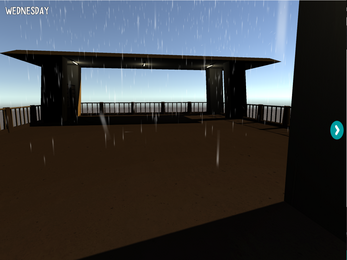